May 04, 2010
The whole purpose of having a walkway is so that pedestrians have a path to walk on instead of venturing on to the side of the roads where motor vehicles zoom by. This sheltered walkway leads to some expensive highrise condominiums up Kerinchi Hill in Bangsar South (anything named or part-named Bangsar in Kuala Lumpur represents "prestigious living").
By all accounts, it should be a breezy walk on this walkway but it's really not the case. Not only it gets flooded on a stormy day, the locals have been abusing it to an unbelievable state. 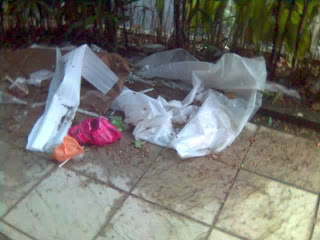 Rubbish everywhere
If you are not one of those privilege enough to have a car, but have to walk up the hill every day, you'll know what I mean. You'll find rubbish, broken stools, mud left from the flood, etc, along the walkway as well as inside the wrecked open drain holes. It is disgusting yet hazardous, because you can easily trip and fall into the deep holes especially in the dark (no I have never seen the lights working). I have even seen a dead cat on top of a pile of rubbish over a drain hole once! 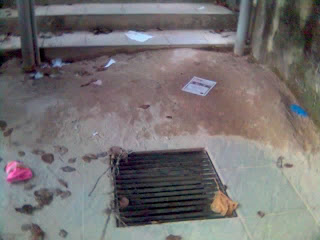 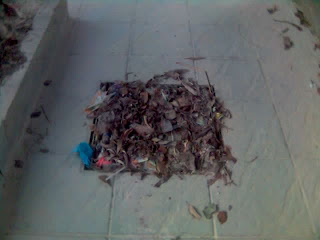 Rubbish collected over the drain holes 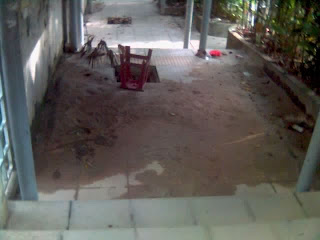 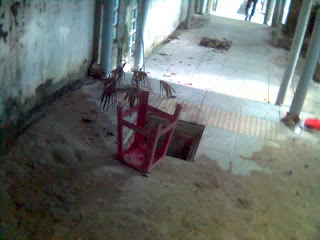 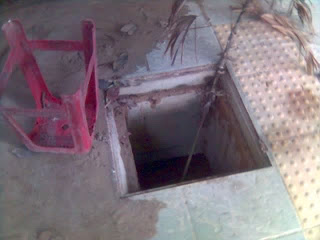 Drain hole
Honestly, scattered rubbish in public places is not uncommon in Malaysia, but a walkway like this being in the middle of Bangsar area for such a long period of time is by far the worst I've seen. These people are just plain ignorant, irresponsible and yet the authority is not doing anything.